Insulate Britain campaigners arrested during this morning’s rush hour protest on the M25 vowed to cause further disruption until the government gets on with the job of insulating Britain’s homes.

78 arrests were made during the protests which lasted for approximately two hours and involved multiple junctions on the M25.

Spokesperson Steve Gower, from Gloucester, who took part in the action today, said “I live in a private rental one bed flat built two hundred years ago. I can’t afford food this winter despite using food banks. It’s like living in a fridge in winter and an oven in summer. I know what it’s like to have to choose between food, rent or fuel.

“Insulate Britain’s demands will: reduce carbon emissions by insulation and retrofit of all council and social houses, create thousands of proper, quality jobs, save thousands of lives and be a stepping stone to protect our planet from economic and climate catastrophe.

“I am willing to do this protest with Insulate Britain regardless of the strong possibility of losing my liberty, at least then I’ll be warm this winter.” 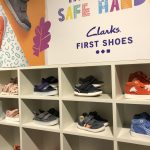 “I look to the stars and know Dad’s there, so I’ll look up to him at Starlight Hike”