Motorists in Gloucestershire are finding it extremely hard to claim compensation for damage to their vehicles from potholes.

Over the last eight years there have only been 329 successful claims, according to the latest figures.

A total of 4,621 claims have been made to Gloucestershire County Council since 2014.

Councillor Lisa Spivey (LD, South Cerney), who asked for the details, said residents are contacting her on a regular basis about their difficulties in making a successful claim.

She said: “Many are very frustrated that they are either not responded to or to be told their claim is not valid and nothing would happen when they seem to have very legitimate reasons for claiming.

“We live in a big rural county where lots of people need to use the roads to access work and services. We’ve got a cost of living crisis. The last thing that people need is to be spending more money.

“It seems incredibly odd that this year 186 claims have been put in and two have been paid out. What is going on with the system here?”

However, he added that he was happy for Cllr Spivey to raise any concerns she had with individual cases with the highways or risk managers. He also said the council’s figures are variable like those of all other highway authorities. 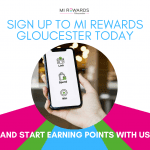 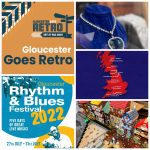