A solicitor’s casting doubt on whether a suspected victim of serial killer Fred West will be discovered by police searching a cafe in Gloucester.

He says Fred was a fantasist, who spread many rumours.

Leo Goatley told Sky News: “One of the difficulties the police had was that Fred West was such a fantasist they had to try and work their way through the blatant lies and fantasies to get some of the facts and reality.”

“He did at times make admissions but he certainly did not make an admission about Mary Bastholm, although it is said that he told his son on a prison visit that he did kill Mary Bastholm and he would use it as a bargaining chip later on to get privileges whilst he was in prison.”

“I would think it very unlikely that Mary Bastholm was actually murdered or dismembered at the pop-in cafe.

“My concern is that she was abducted in a car, sexually abused and then killed and dismembered somewhere else.”

Officers are examining a cafe where it’s reported teenager Mary Bastholm was murdered in the 1960s. 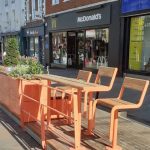 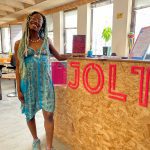