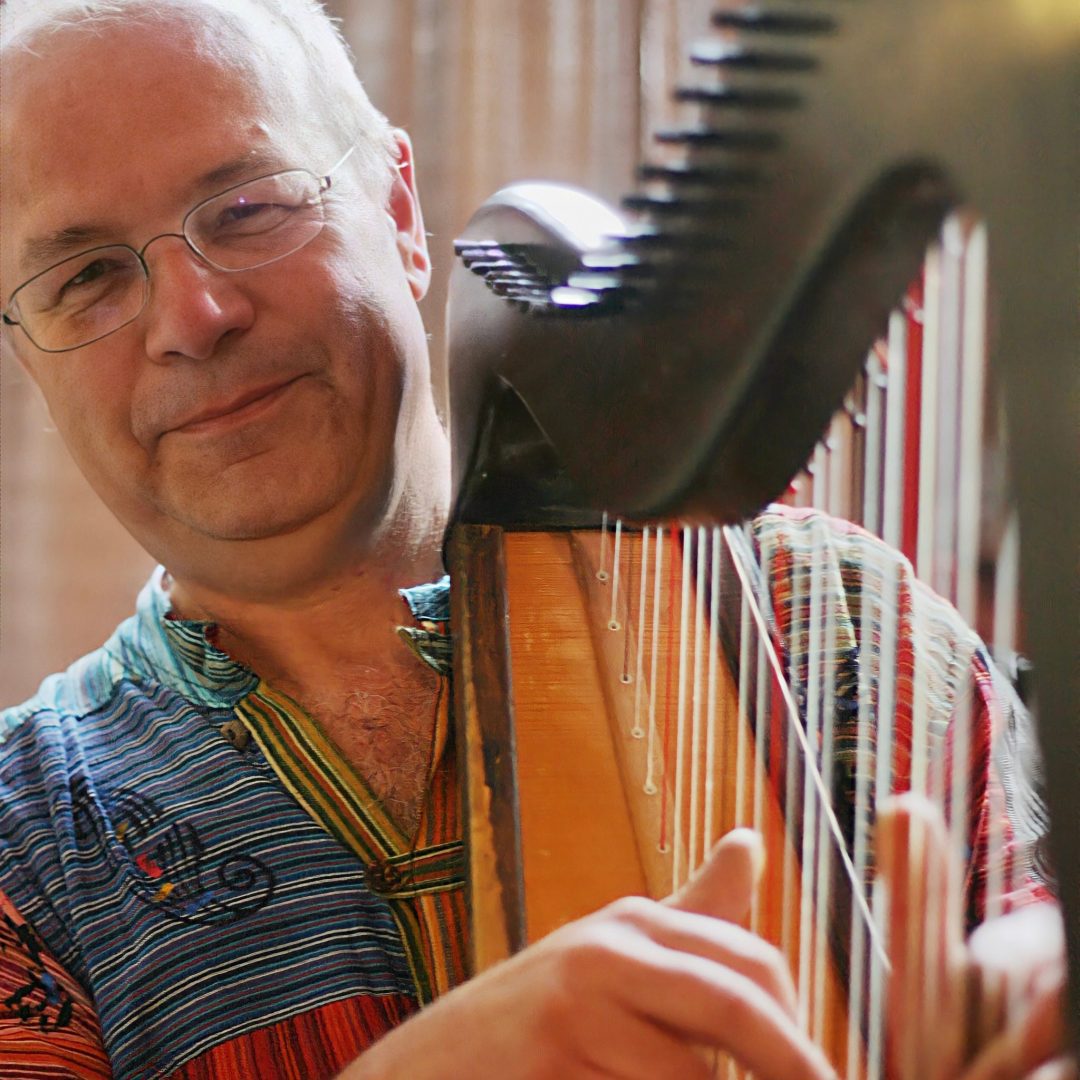 Mark teaches the harp as well as playing / arranging music as a soloist, duo and in the band Slainte. For his concert at the Fountain Inn on Sunday 20th February at 3pm, he is taking us on a tour of folk and folk-inspired music from around the world, including some of the pieces he wrote for babies and parents as part of a project in Gloucester Royal Hospital neonatal unit. The harp is a wonderful instrument and you’ll hear him display its many moods, from soothing to feral!