10 Benefits Gloucester BID is Bringing to the City 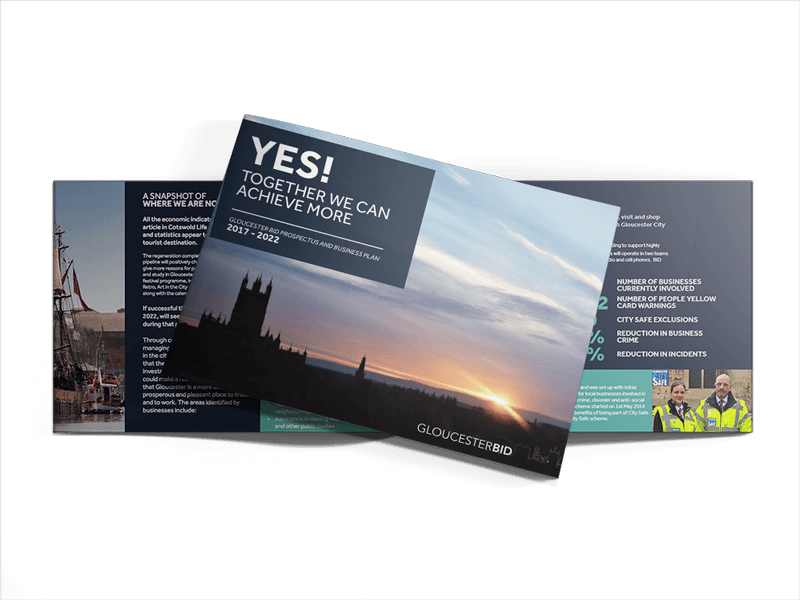 It’s been less than six months since 87% of businesses overwhelmingly voted to establish the Gloucester BID (Gloucester Business Improvement District). It is already showing successes, reducing instances of low level crime and helping increase footfall during the busy Christmas shopping period. The BID is also supporting the Best Bar None Awards and the Purple Flag scheme; recognising and rewarding bars, pubs and clubs who are committed to a safe and vibrant evening economy.

But there’s still more to come. Gloucester BID is committed to delivering a number of projects that will directly benefit its members within the BID area. Businesses will be able to network with each other through an upcoming series of events and receive professional training opportunities.

BID members will also be able to take advantage of money-saving initiatives, reducing a range of business costs. By joining together, members will also have a more powerful voice to ensure that their needs are better communicated.

Gloucester BID is investing in events and festivals to help drive more visitors to the city giving businesses the opportunity to capitalise on the increased number of potential customers throughout the year. This all bodes well with news of continued new arrivals of shops, bars and restaurants in the city; demonstrating that the confidence in the city is justified.

10 Benefits Gloucester BID is Bringing to the City

Sandra Powell, owner of The Candle Tree on College Street, said: “I’ve had nothing but positive feedback on the BID and have been most impressed with the CPO’s who are very responsive. I’ve had to e-mail them before with some concerns and they were incredibly quick in responding with the help I needed. They are doing a marvellous job!”

Nick Brookes, chairman of Gloucester BID and a business owner, said: “It’s great that the BID was voted in favour of by Gloucester’s business community and with such a strong mandate. I am particularly encouraged by the positive effect that the City Protection Officers have had on the high street. I am looking forward to more positive changes the BID will make to improve the image of Gloucester to increase footfall, attract tourists and benefit the local community.”

Jason Smith, chief executive of Marketing Gloucester, said: “Gloucester has been a remarkable success story but we’re only part way through the journey. There’s no doubt that the significant investment by the Gloucester BID will have a material impact in supporting the economic health of the city, the financial viability of its businesses, and making Gloucester an even better place to live, work, invest, study and visit.”

Gloucester Business Improvement District is made up of 576 businesses in the city centre of Gloucester who voted in July 2017 to invest approximately £2.5 million back into the city.