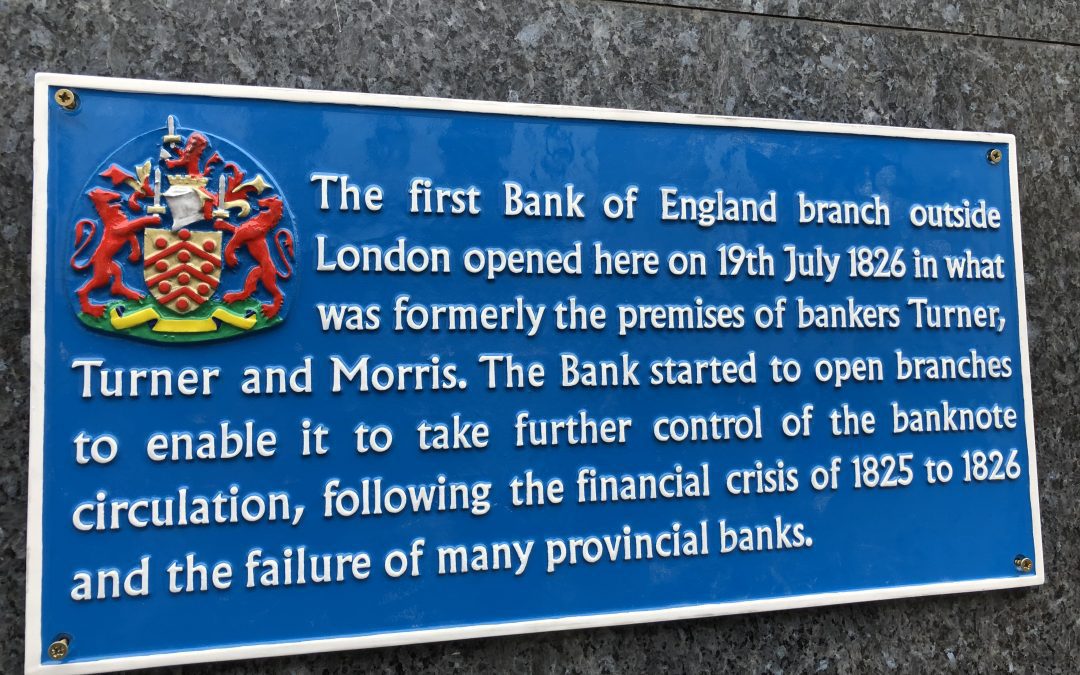 A BLUE plaque has been unveiled to commemorate the site of the Bank of England in Gloucester, which was the first branch of the bank to open outside of London.

Its unveiling on TK Maxx Northgate Street signals the site’s rich history and benefit to the community. The original building no longer exists but, like other blue plaques in the city, and around the country, it commemorates historical importance.

The Gloucester branch of the Bank of England opened in 1826 following a financial crisis and the failure of several provincial banks. The Northgate Street premises were previously occupied by bankers Turner, Turner and Morris who opened The Gloucester Bank. This was then taken over by the Bank of England which opened new branches in a bid to regain control of banknote circulation to prevent another crisis.

The location of the Gloucester branch was a strategic decision as Northgate Street leads into the London Road: the starting point of the route to London and a busy trading hub.

The Gloucester branch of the Bank of England was short lived due to losses caused by ‘attachment of country traders to local bankers.’ It closed down in 1849 and transferred to Bristol.

Gloucester has other links to the Bank of England: its governor from 1797 to 1799, Thomas Raikes was born in the city and the registrar’s department, responsible for keeping records on bond and shareholders, was based at Southgate House from 1991.

The plaque was unveiled by the Sheriff of Gloucester Councillor Pam Tracey MBE.

Former City Council Leader, Paul James, who is behind the plans for the plaque, wants to celebrate the Gloucester connections, he said, ‘Given these compelling connections the Bank of England has with the city of Gloucester, the commemoration with a blue plaque will be a welcome recognition of its background. I’m grateful to Gloucester Historic Buildings and Gloucester BID for making it happen.’

Chair of Gloucester Historic Buildings, Martyn White said, ‘Gloucester’s importance in the history of this country is often not fully appreciated. The placement of blue plaques to commemorate some of the city’s important places, people and events helps inform residents and visitors alike.’ 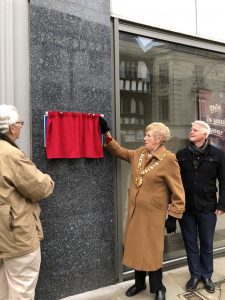 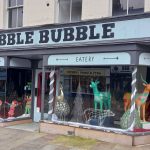 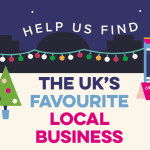