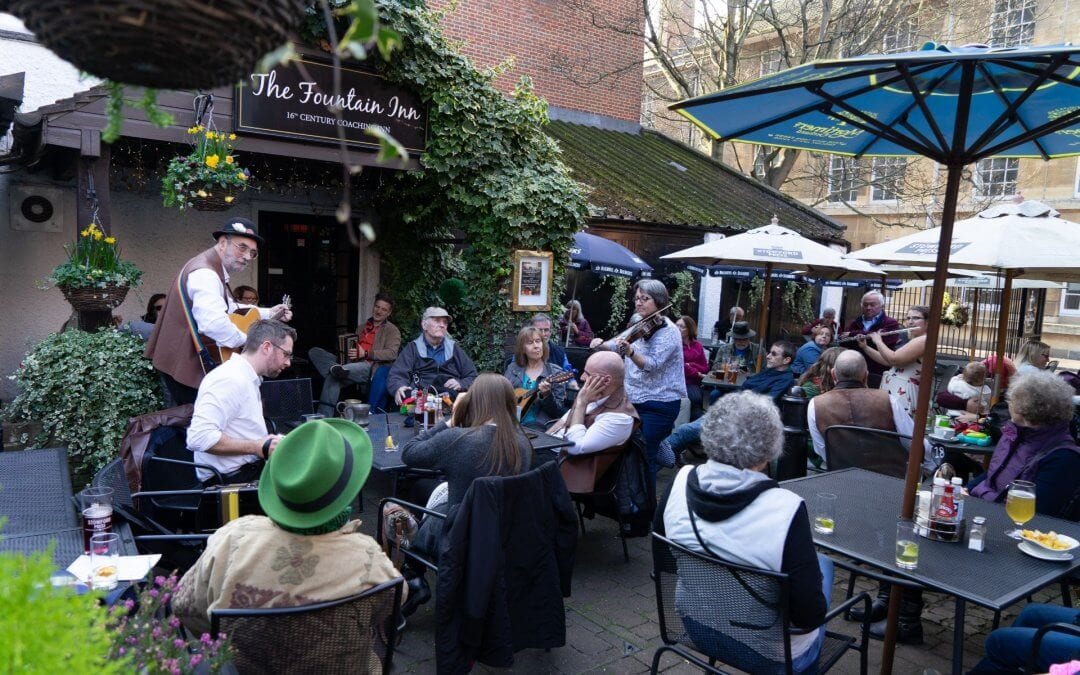 The line-up of the Gloucester Folk Trail 2020 has been announced for the popular music festival taking place on 21 to 23 February. This year’s programme features over 50 live performances with more than 40 acts across 16 local venues. There will also be a special open-mic preview event on Thursday 20 February at The Tiger’s Eye.

Highlights for this year’s festival include The Jigantics, a Gloucestershire supergroup featuring top Gloucestershire Bluesmen Rick Edwards and Mark Cole from Sons of the Delta, along with another favourite of the Gloucester Rhythm and Blues Festival, Keith Thompson. They are joined in this folk-roots project by vocalist and ukulele star, Sarah Kelly, and drummer, Martin Fitzgibbon.

Julu Irvine & Heg Brignall return to Gloucester after playing one of their first ever gigs together at the 2019 event. They combine storytelling, folklore with exquisite vocal harmonies. Their songs follow themes of love and loss and take inspiration from mythology and their own personal experiences. Having performed at festivals including Cambridge and Glastonbury, they will be supporting Trials of Cato on their 2020 UK tour.

But it’s not just folk bands and singers! The Gloucester Folk Trail also features family-friendly art, crafts, talks and storytelling events at the National Waterways Museum Gloucester, Llanthony Secunda Priory and the Folk of Gloucester (formerly the Gloucester Folk Museum). You’ll even find Morris dancers from across the county performing throughout the city on the Saturday.

This is the third year in which the Gloucester Folk Trail has been held. It is organised by Marketing Gloucester on behalf of Gloucester BID with the aim of supporting the city’s night time economy.

Nadina from The Dick Whittington, said: “We are passionate about folk music. As an up and coming venue for live music in the city, we are not only delighted to host the return of the Gloucester Folk Club but super excited to be part of the Gloucester Folk Trail. Feel the folk vibe in our historic pub and experience fantastic artists, keeping traditional music alive.”

Justin Hudson, Vice Chairman of Gloucester BID, said: “Now in its third year, the Gloucester Folk Trail has really established itself as a key music festival in the City. Gloucester BID is delighted to see how the Folk Trail has developed, growing from a small number of venues to 16 hosting over 60 performances throughout the weekend, supporting local artists and businesses early in the year.”

See the full line up of artists and events at www.gloucesterfolktrail.com or search for ‘Gloucester Folk Trail 2020’ on Facebook.