One goal – a vibrant, successful city centre. One year in which to succeed: Gloucester Bid chairman Kieron Bates in profile 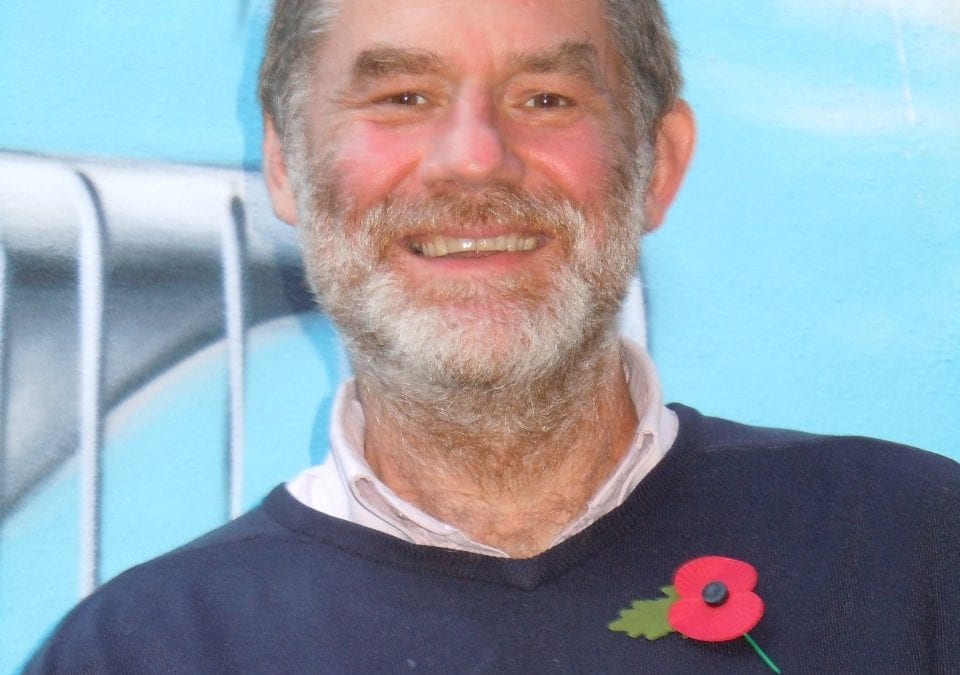 It is possible that if the role he currently finds himself in as Gloucester BID chairman, while also trying to run one of the city’s most popular pubs, was easy it would not be with him – and neither would he be interested.

After a year which has so far delivered very little by way of encouragement, to be the figurehead for an organisation meant to be the catalyst for a vibrant city centre throws up some obvious and stark challenges. 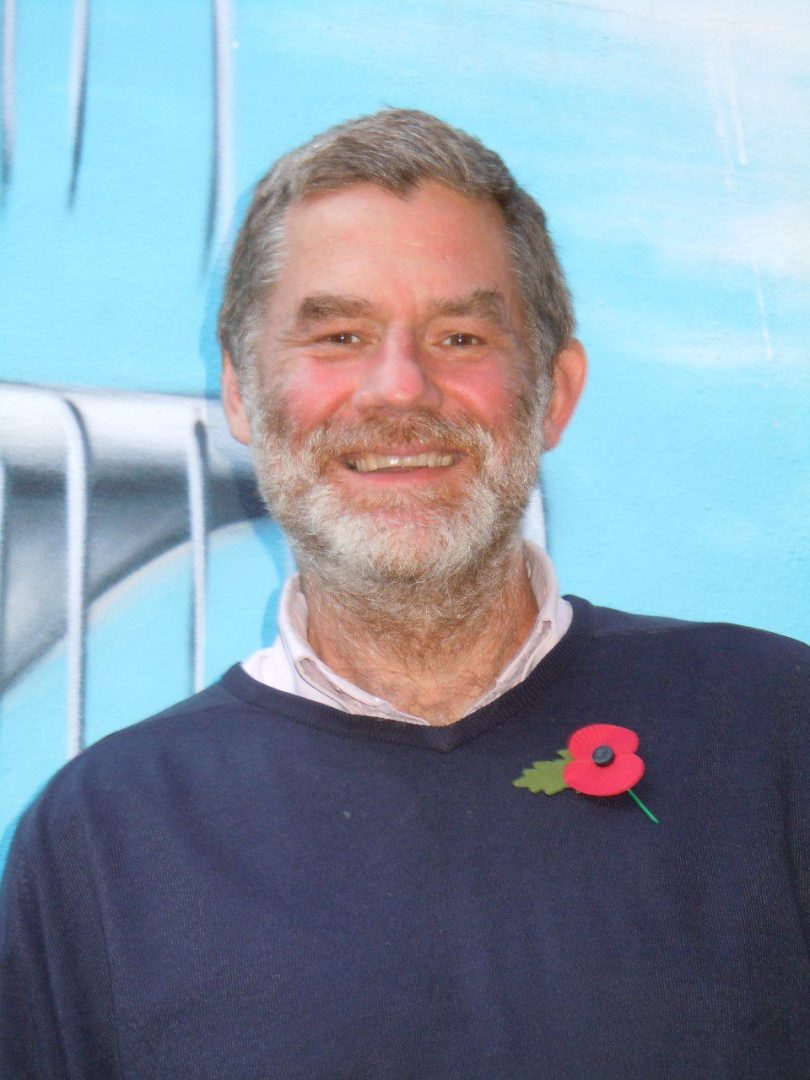 Gloucester-watchers will know that the city has at times been its own worst enemy, but also that it made astonishing strides pre-pandemic. That significant talent chose to stay on the board of its business improvement district (BID) is testament to the commitment of those individuals.

As manager of the much-respected Fountain Inn off Westgate Street, Kieron Bates was already a member of the BID board, those put forward to drive the potentially powerful organisation which represents fee-paying city centre businesses.

“Earlier this year the board was looking around for a new chairman and it was suggested that I was the person for the job,” said Mr Bates. It followed a difficult time for the organisation, which threatened to be compounded by the arrival of covid-19.

There is modesty there, and he admits to being in awe of the calibre of other board members, but there is also a sense that perhaps he had to hold back a natural tendency to speak his mind about the decision to make him chairman, being from a part of the country not unknown for its plain-speaking as he is.

It turns out that very quality is one of the things he likes about the people from the city he now calls home, and we raise it because perhaps his Yorkshire roots are indeed his strength.

Maybe it is being an outsider who has invested everything into the city that motivates him to drive forward for the prize – a goal shared by every BID member has has remained the fight for the city’s future.

“I have always thought Gloucester has got all the ingredients for success. When I first arrived here I think people looked up to Cheltenham and down on the city. But I think that has changed and there is real pride now,” he said. 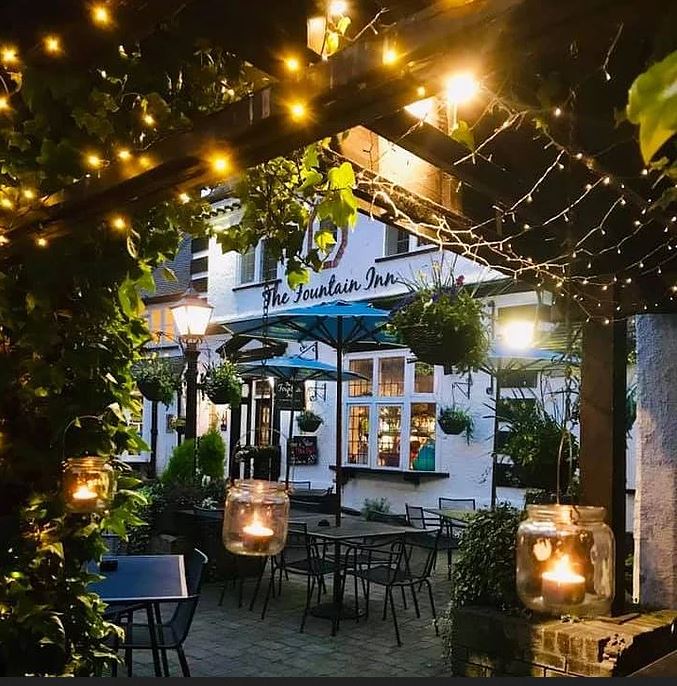 His pedigree also means he unfettered by any other allegiances that can be the undoing of those whose role should be to seek progress for all, but who then become distracted by the worst kind of local politics.

Perhaps the aforementioned aversion for beating around the bush when a cool head and progress is what it needed is just what the doctor ordered.

Mr Bates grew up in his native Yorkshire and after university began working in the pub trade, and pursuing his other passion – which puts him at home in his chosen city. That passion being Rugby. In his case, League as well as Union.

He won’t be drawn on how handy he was on the pitch or not, but he is happy it be known he played and watched both codes and loves the game – his playing abruptly curtailed for a spell in his mid-twenties.

“When I was 28 I snapped my leg and had to have some metal plates fitted,” he said, not dwelling on the moment. And why would you?

It didn’t stop the pursuit of his physical limits, and in his mid-thirties he was taking on a double marathon. At 36, for reasons we did not feel right to ask him, he had a heart attack, and as we interview him in the comfort of the Grade II listed historic pub the day after he learned it could reopen, he admits he has had to be very careful through the pandemic.

Which if probably why extra care has been taken to make The Fountain covid-secure for customers, but which also meant his BID work has carried out from a position of social isolation for the most part. 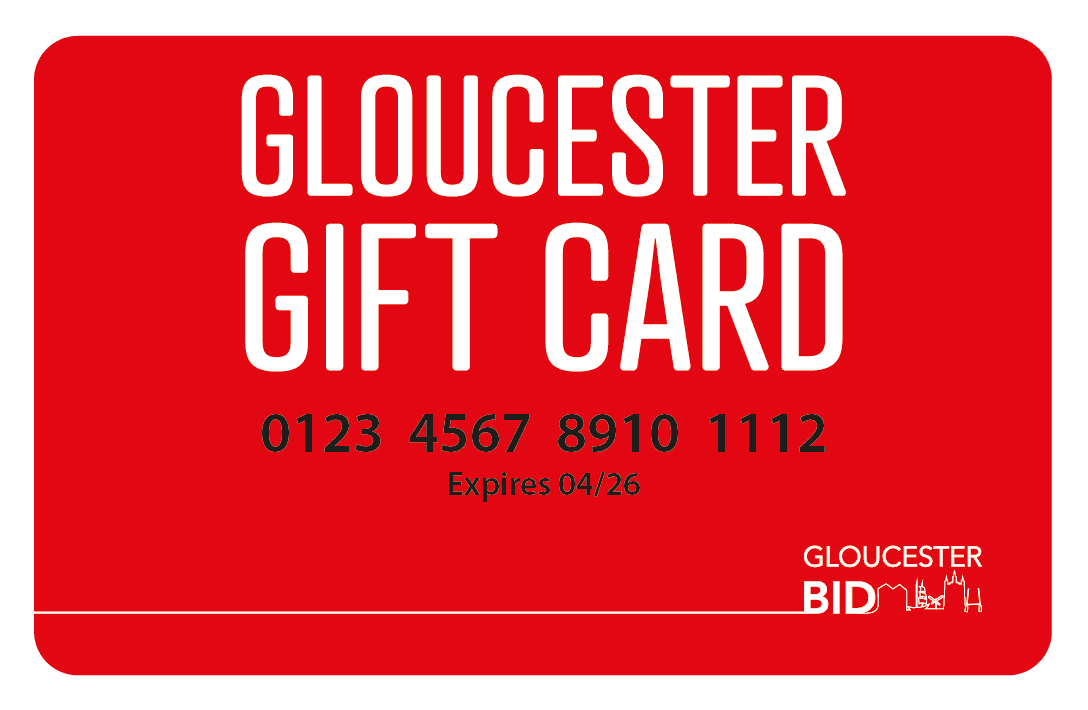 Standing something in excess of six feet tall and outwardly unencumbered by any health issues (he admits not shying away from the odd veterans’ game since being in Gloucester) he happily juggles thoughts of how the pub would reopen with one of his bar managers, calling his two dogs to heel and questions from The Raikes Journal.

Managing pubs, selling beer to pubs, and now looking after a not-insignificant staff team (26-ish) at The Fountain Inn, known for the quality of both its ales and food – it has been the hospitality trade all the way.

With his wife, Helen, they have made a success out of the pub by lifting it above the average to a place where rugby fans and regulars to those from the up-market Three Choirs Festival will gladly spend time.

In his short tenure as BID chairman he has ignored all invitations to engage in any dialogue which could see the now re-energised, restructured BID lose its gathering momentum. A new era of frank diplomacy is backed by the utter determination and energy of its board members, and is forcing the city to focus on raising the bar and look to forward. 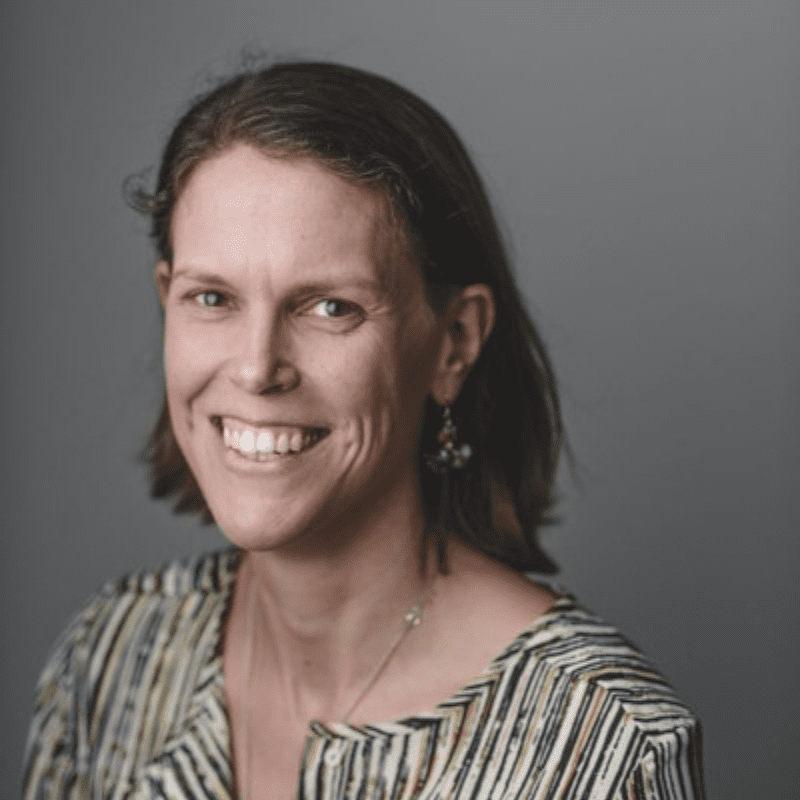 Green shoots of valuable new relationships are forming between the likes of the city council and the business group which promise so much.

Of late the BID has publicly re-stated its aim – to focus on steering the city towards a “bright new future” – unveiled the appointment of new board members, Angela Lovell and Toby Wooldridge (pictured below), and a new manager, Emily Gibbon. It is bristling with renewed purpose, relaunching the Gloucester Gift Card and announcing reduced parking charges on Thursday’s at Kings Walk and Eastgate Shopping through to Christmas.

As we emerge from ‘lockdown two’ into ‘tier two’ businesses in the BID district will also be thinking about the bill for the new BID levy on their doormats. As we implied before, his role is nothing is not easy.

“There is an irony that without the levy we can’t do anything, and it is a big ask for businesses to pay the levy when many have had no real income for seven or eight months.

“We were worried about that, but we have had a good response so far,” he said, revealing that near to 50 per cent had already simply paid the charge. 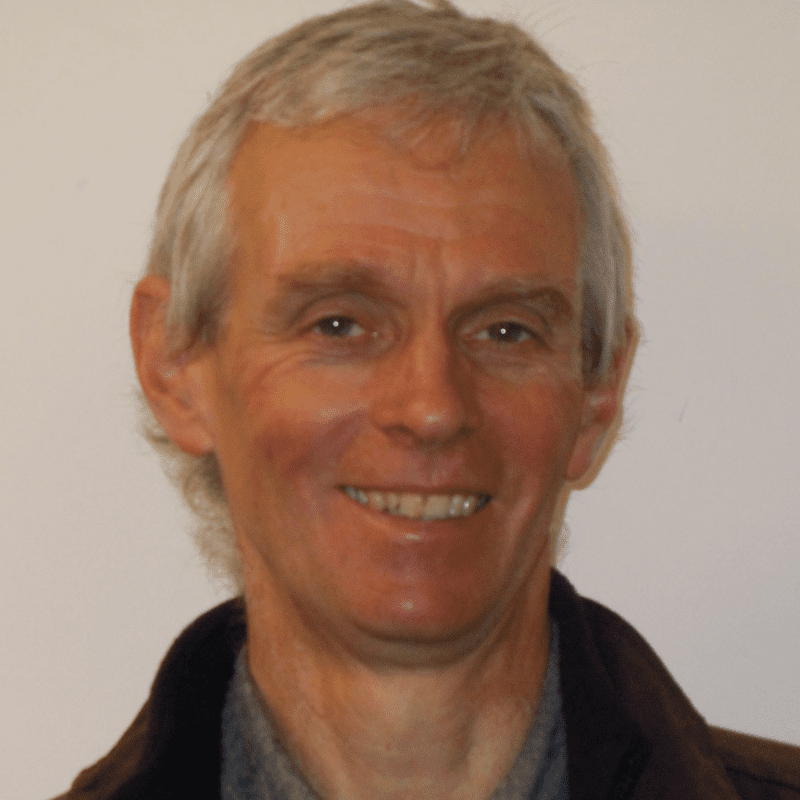 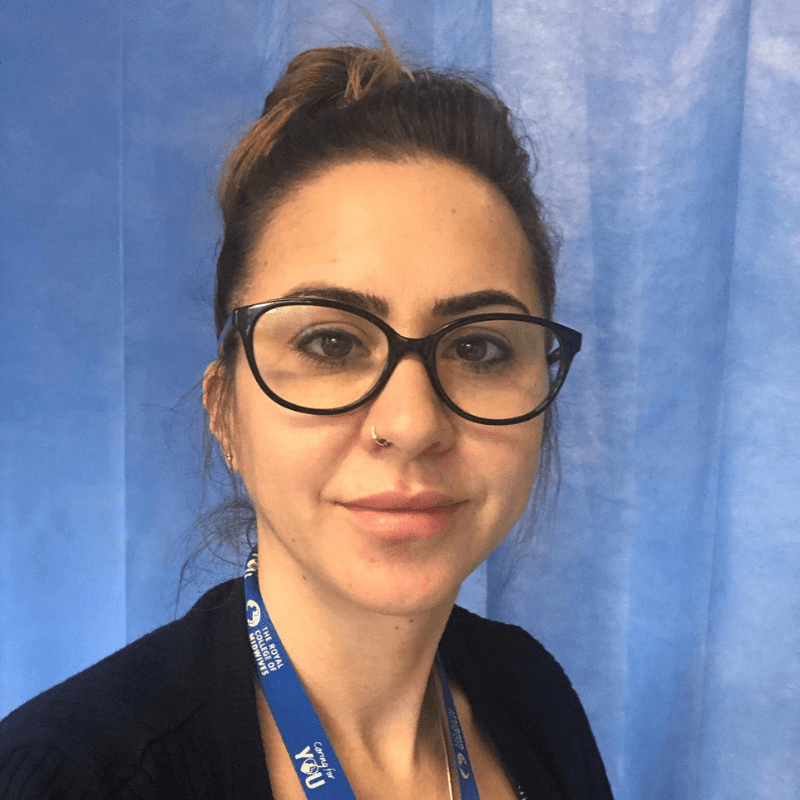 It is a fee that helps the BID purpose its eight priorities, which include safety and security, street cleanliness, environment, marketing and promotion of Gloucester, events, cost reduction, strengthening ties with the city’s chamber of trade and representing the needs of business to the council and police and other public bodies.

It is also a pot of money which has historically helped make possible the hugely successful Tall Ships Festival, now firmly within the remit of the city council, and the likes of the Retro Festival, blues festival and other highpoints in the city’s cultural diary.

It has its work cut out – the BID has only a year before it needs to vote ballot everyone for another term.

“Hopefully we will get another five-year term to help the city. I believe if we do the job right now, that will be an easy ask,” he said. And with that it is back to the small matter of the day job.

We wish him, the BID and the city and all those who are fighting for the same cause the very best.