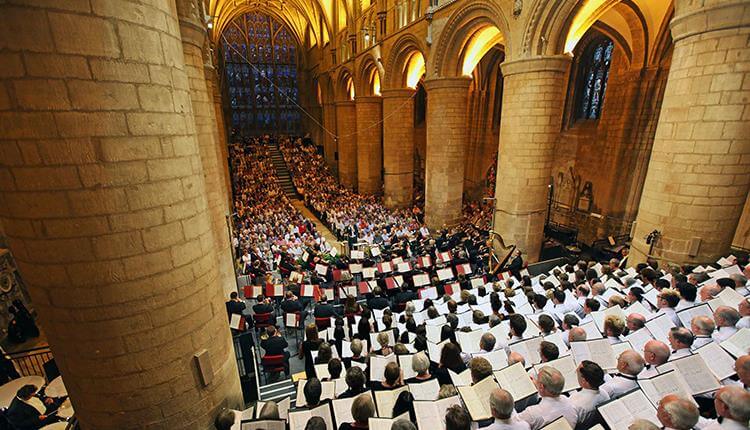 The Three Choirs Festival is formed of a week-long celebration of choral and orchestral concerts, cathedral services, solo and chamber music recitals, masterclasses, talks, theatre, exhibitions and walks. The festival rotates each summer between the beautiful English cathedral cities of Hereford, Gloucester and Worcester.

Having celebrated its 300th anniversary in 2015, the festival is the oldest non-competitive classical music festival in the world. The festival is run by dedicated voluntary committees in Hereford, Worcester and Gloucester, who are supported by a small professional management team based at the Three Choirs Festival Association’s office in Gloucester.